On behalf of the community of Ubuntu LoCo Team Colombia, I Jhosman I am pleased to announce Lizarazo and inform them about the Christmas special gift that would make the Community which was announced by the social networks:

We can see that many called CD’s and things that only sought to fill personal expectations, have called Nexus 7 with Ubuntu, Dell computers last generation with Ubuntu and the like, but for me this is not part of philosophy Ubuntu, so some time ago I proposed a project called “Edubuntu by a child” by which initially give you a huge thanks because without the support of these people would never have achieved this.

Steven Y. Barrantes Briceño – Person who has donated a 120GB hard drive and that I had (500GB) was damaged and could not be repaired

Edubuntu Team, Team  Kiwix and me Jhosman Lizarazo – because the team has been installed Edubuntu operating system, the computer has other good Wikipedia Offline and I made many adjustments for this new computer was totally useful for training and education any child.

A personally say “This technological inclusion if” many entities and / or groups called technological inclusion and give more to those who already have, so I looked for this project is to create a real digital inclusion for people who really do not have nothing, or have no way to gain access to technology and free software for economic problem. Therefore previous days I made a call via Facebook and Twitter to inform me of possible candidates to give this computer.

Called which if got several answers but really only a committed and a true story, a girl named Laura who lives without parents, currently (since baby) is raised by her grandmother and she has to find a way to survive . Laura is a very smart girl, but says it requires such support to carry out their student activities. So I decided to give the computer to it. Here is a letter that has left us: 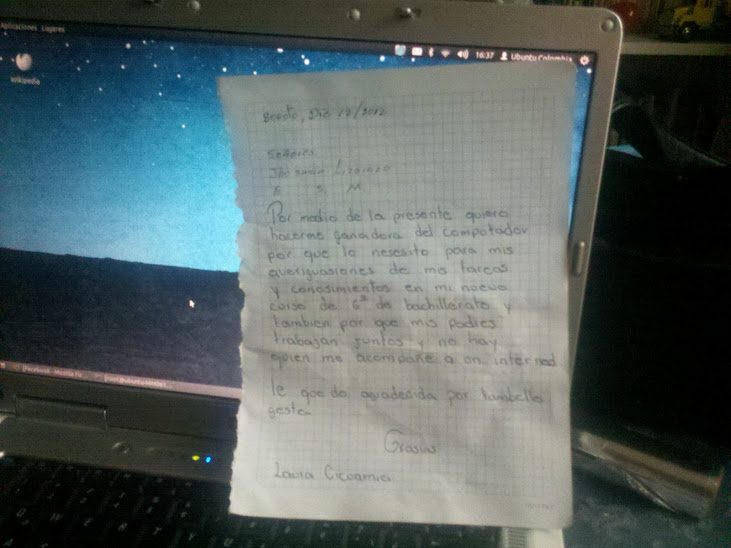 This really is inclusion, and know that it is not an art machine, is a gift that is truly “zero Colombian pesos” (well we must add what hard drive cost, time investment for configuration team total was a full month for the delays that occurred in addition to the donation of the computer)

This community wish a Merry Christmas. 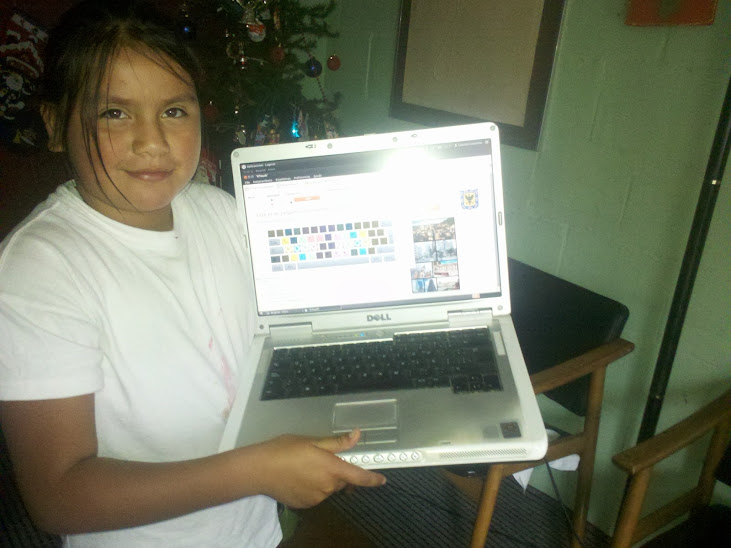 Previous Post: “Ubuntizando” the day of the candles in Bogota #Ubuntu
Next Post: Recruitment for the project for #ubuntuco #Gammers